The Blink Flash Company was born on 2016 with the aim of introducing Dance and Theater languages to the little ones as a vehicle to express their emotions . Since its beginnings , BlinkFlash company is a part of El Mercat de les Flors  educational program , performing for children, teachers and families at kindergartens . Their first theater show "Blink Flash Duncan" premiered at Mercat de les Flors in the Festival "El Més Petit de Tots" (Barcelona, November 2017). 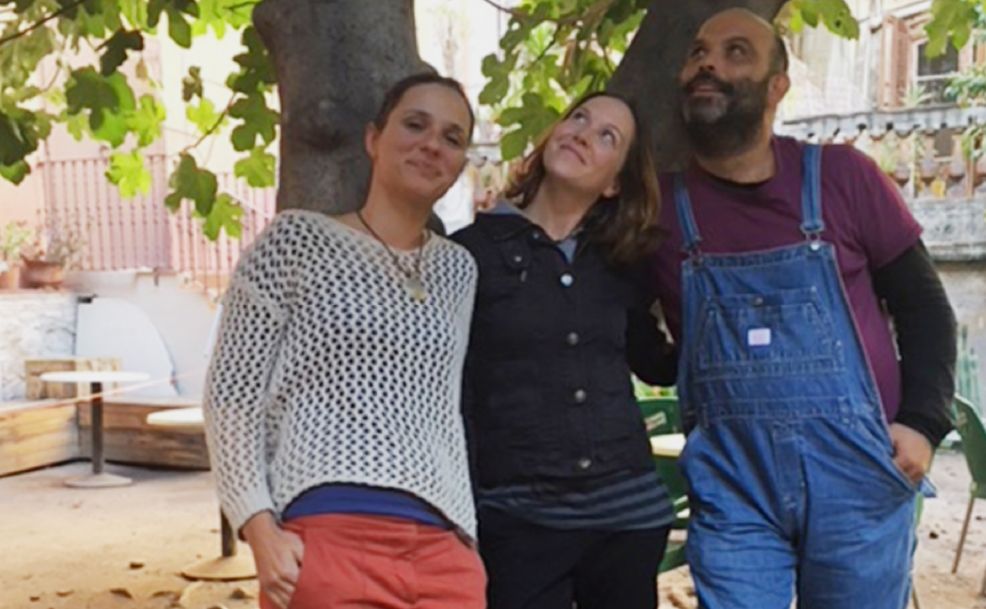 Montse Roig, mover graduated in choreography at AHK Amterdam Hogeschool voor the kunsten, Netherlands. She specializes in Physical Theater next to the choreographer Mercedes Boronat, with whom she works for seven years. Assists and dances for choreographers such as Luca Silvestrini, in Cruïlles, Mercat de les Flors 2011 or Ignacio Achurra, La ira de los peces, Fira Tàrrega 2014 and Santiago a Mil 2016. She develops her own vocabulary in collaboration with other artists coming from video-dance, contemporary dance, flamenco and theater. She enters the world of children with the performance Happy Ha Ha, one year at Teatre Gaudí in Barcelona. She is also performs at Caixa Fòrum Museum in Barcelona, discovering Paintings and installation work to children. Now she is part of the educational project "Body and Movement" from Mercat de les Flors.

Graduated in Dance in the year 2000 in the Rambert School of Ballet and Contemporary Dance, where she receives training in Classic Ballet and in Contemporary Dance. During the following years, she worked in Germany to the Braunsweig Staatstheater under the direction of Pierre Wyss and the Kassel Staatstheater under Henning Paar. These directors used the Ballet as a base technique for the company and their productions were often theatrical. He worked for the Cirque du Soleil for one year, under the ever-loving gaze of Franco Dragone, together with 50 other dancers he created the show A New Day, a concert-show for Celine Dion of an exquisite artistic level. She returns to Barcelona from the hand of Thomas Noone and later Juan Carlos García de Lanònima Imperial. The last major adventure abroad was in Australia with Liz Lea Dance, who worked the Contemporary Dance together with the Classical Dance India. Since then, she has established itself in Barcelona and works mainly with the Filles Föllen and makes occasional collaborations with artists such as Bebeto Cidra, Marcel.lí Antúnez, Romeo Castellucci , etc.

Actor, director and playwright, he studies theater at the Col·legi del Teatre in Barcelona and the di Fazzio method in Rome, a method that fuses the Strasberg technique and Zen. As a multidisciplinary artist, during his 15 years of career, he has researched different languages Such as the naturalist theater, the theater forum, the musical, the mime, the clown, the theater of objects, storytelling, dance, dance-theater, theater of shadows or performance. Stepping in as many rooms as the Teatre Lliure, the Liceu or Arriaga theater Bilbao, alternative theater rooms and street arts festivals throughout Europe. During his career he has collaborated with artists such as; Eleonora Herder, Nuria Espert, Daniel Zippi, Moises Maicas, Carol Lopez, Diego Murciano, Willy Decker, Renato Palumbo, Mario Gas, Jaume Llauradó and Jordi Granell among others.

She holds a degree in Management (EM Grenoble, 2004) and holds a Masters in Critical Theory (MACBA, Independent Studies Program, Barcelona, 2010). He works for 5 years in a company of the sector of the school theater (Eina d'Escola), taking the production and distribution of shows in Spain and France. He then collaborates with several companies in Catalonia (The Performers Inc., Teatre del Repartidor, etc.) and France (Accidental Company). At the same time, she graduated in dance-theater and performance, participating in several projects with: Mercedes Boronat (Barcelona), Tamara Cubas (Uruguay), Action Festival (Barcelona), Marabal (Barcelona), Collectif La Horde France), etc.